Still another 5 months to go until Dracu-riot!‘s release and the game is already ranking #4 in total preorders at BOTH Sofmap Amusement and Sofmap store no.1 (it was top rank for a while in early Nov.). 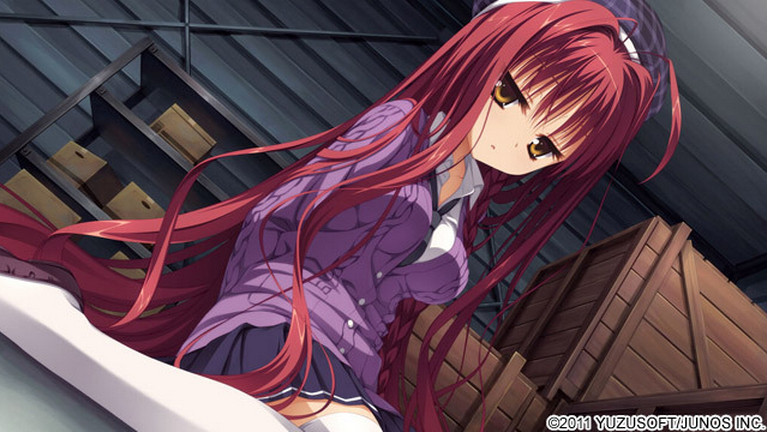 So why all the fuss?

Well… I would say it’s probably because it’s a Yuzusoft game.

Yuzusoft have great drawings,  heroines that are attractive and likeable. If you have never played a Yuzusoft game, I would recommend trying out Noble Works (just for the common route) or Tenshin Ranman (Particularly Sana and Hime route). The pacing is not dragged and the banters are always a lot of fun. This is baka-ge set on cruise control!

Introduction
六連佑斗 (the protagonist) is taken along by his friend to Aqua Eden, a special island city (to find some hookers). During their visit
佑斗 by chance tries to prevent a kidnapping but… somehow he got turned into a vampire instead!

And so he starts attending a vampires only school. Interestingly because the perceptions of vampires are different from those of human beings, he found several girls who were irresistibly attractive to him, in a sexual way, for some random reason…
And so begins 佑斗’s new life of ero-happenings!