Comiket80 is finally over! Otsukaresama-deshita!!! Check out the wonderfully pretty bags here.

The first visual novel has been announced for the PSVita. Little Busters Converted will likely become a launch title. That 5″ OLED screen is godly to play on. Update: Whoa! That’s Amatsu Misora ni on the PSP! pic.

SORAHANE opens teaser site for their new game. Their first game AQUA had garnered an overall good response. Likewise mana does the same for Mashiro Summer, as do Alcot Honeycomb.

CUBE has released the opening movie to their newest game ‘your diary’ demonstrating some stunning artwork. I really enjoyed my playthrough of Natsu no Ame (as did Zen). Looking forward to this.

Sprite hints at a sequel to koichoco on their website (on a banner). Fairy’s is a sister-brand to Sprite. Fairy’s newest game revealed: Ima sugu Onii-chan ni imouto datte iitai. Pictured here.

SAGA PLANET details their newest game in newly opened website. Is it just me or the artwork seems to be a step down? edit: nope. character designs as pretty as ever. pic

Ro-kyu-bu’s TV CM to their PSP game here. A tiny figure of Tomoka from Ro-kyu-bu comes bundled with the latest issue of Dengeki Bunko MAGAZINE Vol.21 (There is a poster too). Maho will be available in the October issue of Dengeki G. 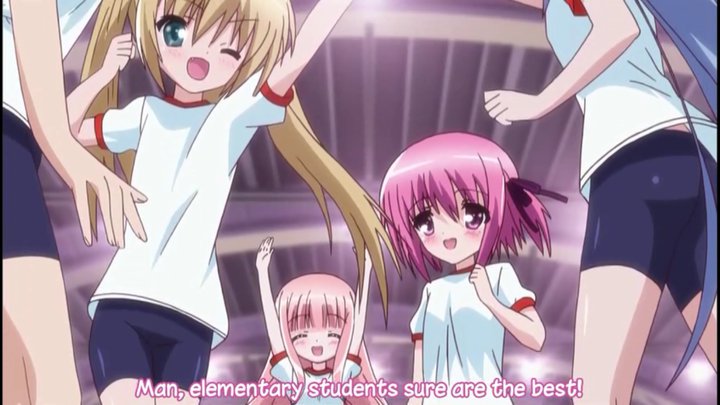 Mashi-iro Symphony anime PV is here. I think they did a good job with the character designs for a low budget anime. (Except for Sakuno’s height)

And now for the highlight of this weekend, Boku ha Tomodachi ga Sukunai PSP game announced!!! (website) The genre is: ‘Wasted youth’-type Live Story. AzuAzu: It’s $160 for a new PSP-3000. Go!
The anime trailer for Haganai has also been revealed at Comiket80, here. The DVD that comes with the 7th volume of LN is pre-loaded with episode 0 of the anime, 2980yen.

After much hesitation, Heavybell’s friends fetched him the Sana dakimakura anyway for 10,000yen??!. Congrats.

This was the only piece of cosplay that caught my eye. It’s Nazuna from Suzukaze no Melt! And to top it off, a bishoujo! …….Kawaii~!

Alkenshel has been tweeting like mad about his Koikishi Purely Kiss.

After seeing some vigorous 2ch reactions, I decided to take a look for myself to see what all this rage is about. What I found was this…

Yuu is the super amaenbou bura-con imouto chara in Koikishi. Nadenade is greatly featured in this game. To me, she is a bit generic, but nevertheless she is adorable.


I’ll let the images speak for themselves.

Koikishi’s full release scheduled for the 30th of September, 2011.